Since mining and environmental degradation can now be monitored 24×7 via satellite, clearances should now be faster

The government’s decision to set up a task-force headed by the Cabinet Secretary to see how import-substitution can be increased has, not surprisingly, been criticised by former NITI Aayog deputy chairman Arvind Panagariya.

The government’s decision to set up a task-force headed by the Cabinet Secretary to see how import-substitution can be increased has, not surprisingly, been criticised by former NITI Aayog deputy chairman Arvind Panagariya. Since a liberal trade regime results in cheaper imports and more competitive exports, he argues, any move that seeks to make imports costlier—as an import-substitution regime usually does—should be avoided. Indeed, as he points out, India’s import-substitution phase after Independence resulted in high import tariffs which, in turn, led to Indian industry becoming high-cost and uncompetitive. In such a situation, unlike in the case of other countries, India could never look at exports as a viable growth strategy. Panagariya argues that, instead of looking at an import-substitution strategy, India would do better to have a viable export-led strategy, and concentrate on removing whatever bottlenecks there are—labour laws, high-cost infrastructure, etc—to ensure this happens.

While Panagariya is right in that a liberal trade policy and a boost to exports will pay greater dividends, an import-substitution policy will also pay dividends, but only if it is not enforced in the manner it has been in the past, through higher import duties and import restrictions. 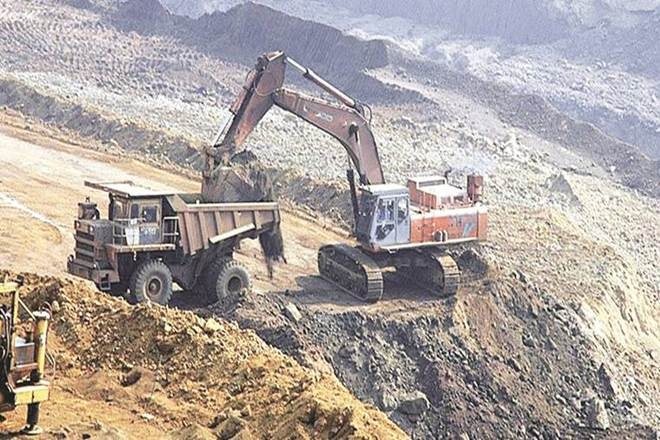 If India didn’t have the resources to mine gold or copper, such imports would just be seen as the price that needs to be paid for development.

A sensible policy on mobile phone manufacturing, for instance, could not only save billions of dollars in import bills—$12.6 billion in 2017—but also make India an export hub; without a special policy effort, it is unlikely this will happen. As per the current plan, India has imposed import duties on mobile phones and components and has an aggressive-but-achievable plan to give import duty exemptions for greater value addition in India—right now, while the number of phone assemblers has risen from two in 2014 to 123, imports continue unabated, of components instead of finished phones. While it is early days yet, and just 8-10% value addition is taking place in India right now, if the government sticks to the plan, India will benefit from it—at that point, the exports of phones by companies such as Samsung will have a much higher local component than they do today.

Similarly, prime minister Narendra Modi is on the right track when he says India’s import dependence for oil/gas has to fall by 10% by 2022 and 50% by 2050—oil/gas comprises about a fourth of India’s imports basket. If the task-force is able to devise strategies to boost local exploration and production, surely that is a good thing? Sadly, however, as this newspaper has documented over the years, India’s policies towards the sector tend to be quite unfriendly, starting from high government imposts to unfriendly tax policies and a lack of marketing/pricing freedom.

Indeed, while a lot of attention is given to India’s rising oil imports, not enough is given to imports of other minerals that, between them, add up to around 30% of the country’s total imports and half that if gold/gems are to be excluded. If India didn’t have the resources to mine gold or copper, such imports would just be seen as the price that needs to be paid for development. Yet, as Anil Agarwal of Vedanta points out, just 10% of India’s area with mining potential has been explored as compared to 95% in the case of Australia—Agarwal, in fact, is of the view that a sensible mining policy can cut minerals imports by half and create 20 million jobs in the bargain.

Mining development in India has been hobbled for a variety of reasons, from unfriendly government policy—till recently, commercial coal mining was not allowed—to the distrust of mining by local communities due to very poor environment management by most miners. The answer, then, doesn’t lie in relaxing India’s environmental laws, but in enforcing them better and in using technology to help in doing this. Indeed, right now, India is stuck in an odd trap of little concern for the environment and little mining at the same time—in Australia, by contrast, environmental concerns are taken seriously while, at the same time, intensively mining the area. So, while low-quality forest reserves remain a critical problem for India, the Supreme Court pulled up the government for the fact that `90,000 crore remained unspent of the Compensatory Afforestation Fund Management and Planning Authority (CAMPA) funds. And while Rs 18,500 crore has been collected under the District Mineral Foundation—DMF funds are to be used to benefit local people affected by mining—so far, only Rs 3,552 crore has been spent.

Apart from very high government levies on minerals, it is this that needs to be fixed at the earliest. A Coal India, for instance, has been fined over `40,000 crore already for illegal mining—since it is unlikely government companies will damage the environment for profits, it tells you there is a serious problem with India’s regulatory system. In this case, apart from the mines ministry’s retrospective interpretation of the law (bit.ly/2LqfnSQ), it was found that environment clearances (EC) could even take up to 390 days to get and that it was routine practice for the government to give these late and then retrospectively condone the mining that took place without ECs!

And while, in the past, it was difficult to see whether miners were violating their forest and other clearances, since mines were either in remote areas or in deep forests, technology has changed this and, by using satellite imagery, 24×7 monitoring is now possible. Isro and the mining ministry have, in fact, tied up to use satellite monitoring for illegal mining. Indeed, if India is able to increase its minerals output, the import-substitution policy aimed at cutting mineral imports can also result in India emerging as global powerhouse for minerals exports.