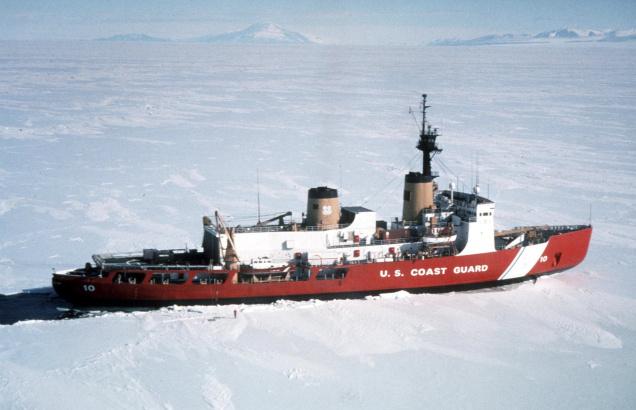 However, Arctic ice has shrunk to its sixth lowest level ever

The extent of sea ice in Antarctica is set to reach a record high, scientists said on Tuesday, as they announced that Arctic sea ice appeared to have shrunk to its sixth lowest level ever.

The National Ice and Snow Data Centre (NSIDC) said satellite data was expected to shortly confirm this. “Antarctic sea ice is poised to set a record maximum this year, now at 19.7 million sq km (7.6m sq m) and continuing to increase,” the centre, considered one of the world’s top authorities on sea ice data, said in a statement.

Jan Lieser, of the Antarctic Climate and Ecosystems Co-operative Research Centre (CRC), told Australia’s ABC News that: “This is an area covered by sea ice which we’ve never seen from space before.”

The conundrum of why Antarctic sea ice appears to be expanding as the Arctic decreases had puzzled polar observers, but scientists have suggested that the reason Antarctic ice extent appears to be increasing is changing wind patterns.

Figures released by the NSIDC in Boulder, Colorado, show that the so-called Arctic sea ice minimum — the point where the extent of sea ice there is at its lowest after the summer, before it begins to refreeze for winter — is expected to be confirmed imminently and would be millions of square kilometres below the long-term average.

At 5.09 m sq km, the extent of Arctic sea ice this year would be the sixth lowest on record, slightly worse than last year, though not as extreme as the record set in 2012 when it plunged to less than 3.5 million square kilometres.

However, the centre noted that there had been a particularly strong retreat of sea ice in the Laptev Sea and although the reasons for that were not yet clear, sea temperatures there had been up to 5C higher than average.

The amount of sea ice cover in the Arctic has been showing a long-term decline as climate change takes hold, with temperatures rising more rapidly in the Arctic than the rest of the planet. — © Guardian Newspapers Limited, 2014