Without global warming, Paris floods would have been far less likely to occur, study finds

The water is still receding along the Seine and Loire Rivers in France, with cleanup beginning in parts of Bavaria, but scientists are already out with a study showing that global warming made the floods at the end of May and early June far more likely compared to a climate that had not warmed due to greenhouse gas emissions.

The analysis, which is known as an extreme event “attribution study,” found that the probability of three-day precipitation extremes in April through June increased by at least 40% in France overall due to climate change, with about an 80% increase in likelihood along the Seine River Basin and close to a 90% increase in the Loire River Basin. 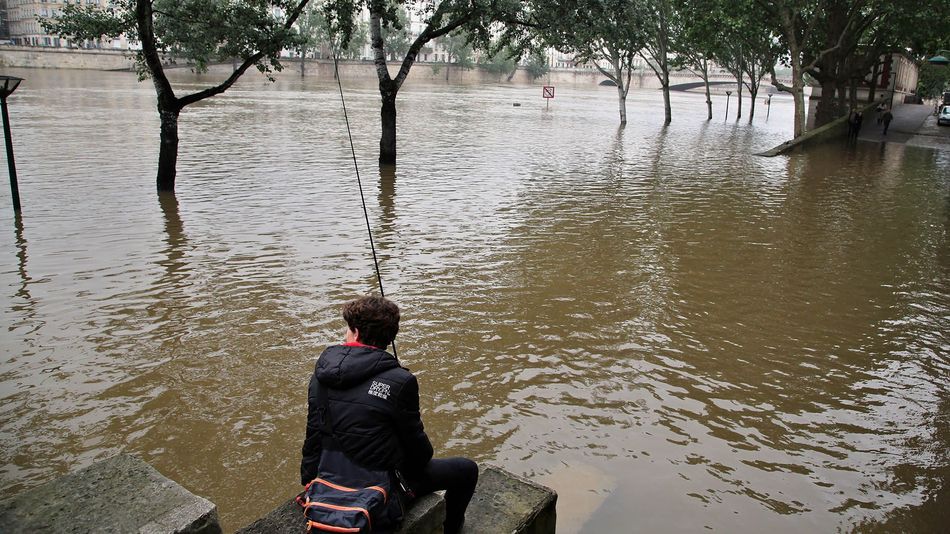 Last week, the River Seine burst its banks in Paris as water levels hit their highest levels in more than 30 years. The Louvre Museum was closed as a precaution, and valuable artwork moved from flood-prone parts of the building. Deadly flash-flooding also hit parts of Germany, the study noted.

Global warming is well known to contribute to increases in extreme precipitation events due to the added moisture available to fuel storms. For every 1 degree Celsius increase in global average surface temperatures, the water-holding capacity of the atmosphere increases by about 7%, which is a relationship known as the Clausius-Clapeyron equation.

“We know that global warming leads to more downpours in general,” said Robert Vautard, a senior scientist with France’s Laboratory for Climate and Environment Sciences, in a press release.

“But with this attribution analysis, we found we could tie global warming directly to the recent rainstorms in France that triggered so much flooding and destruction.”

The flooding resulted from a slow-moving low pressure system that retrograded, or moved against the typical airflow, from Germany, westward into France, from May 27 to June 5.

Vautard conducted the analysis with a team from the Institut Pierre-Simon Laplace in France, the University of Oxford, the Royal Netherlands Meteorological Institute, the Red Cross Red Crescent Climate Centre and the U.S. nonprofit group Climate Central.

The scientists looked at changes in three-day rainfall extremes from April to June over the Seine and Loire River basins, and then used computer models to simulate the likelihood of the extreme rainfall amounts seen in this event in a world that is warming due to the burning of fossil fuels compared to a world without such warming. 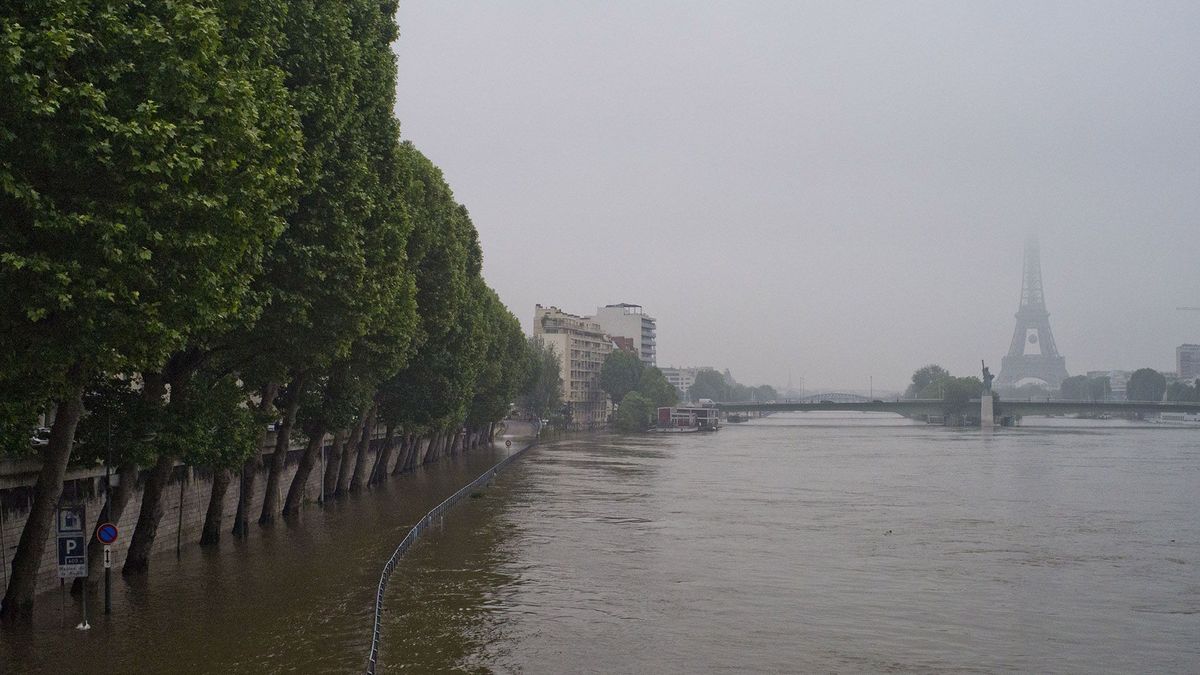 “Using an ensemble of different climate models and different methods we got very consistent numbers for the impact of climate change on the rainfall in France, giving us confidence in the results,” said Geert Jan van Oldenborgh, a researcher with KNMI who led the analysis, in a statement.

In Paris, the Seine peaked at 6.1 meters, or 20 feet, above its normal height on June 3, the study states, which was a 34-year high. Many parts of France saw three months of precipitation in just a few days.

Illustrating the limitations to research on extreme events and global warming, the team did not find clear results from its investigation of flooding in Germany, which was mainly caused by thunderstorms that dumped large amounts of rain in a short time period over mountainous terrain.

Such flash flooding was different than what occurred in France, where multiple days of heavy rainfall led rivers to burst their banks.

Therefore, in Germany, the researchers examined different parameters — specifically trends in one-day maximum precipitation over the hardest-hit area from January to June.

“The same overall weather pattern — a stalled system of low pressure — triggered the heavy rains in both France and Germany, but affected each country very differently,” said Karsten Haustein from Oxford University, in a statement.

The larger goal of the team, which is part of the World Weather Attribution project, is to inform the public about how climate change may be tipping the odds in favor of more extreme weather events and provide crucial context for conversations that often take place in the immediate wake of extreme events.

This work is not without controversy in the scientific community, since these results are not peer reviewed. Also, some climate scientists place a greater emphasis on short-term weather variability in causing weather extremes as compared to long-term changes in the planet’s climate.

Maarten van Aalst, the director of the Red Cross Red Crescent Climate Centre, told Mashable in an interview that the study, though not yet peer-reviewed, is based on a rigorous process.

“A critical aspect is that our assessment uses several different methods, and our findings are based on the results of all of these together,” van Aalst said.

“The methods apply state-of-the art models and analytical techniques that in regular scientific work would normally indeed take weeks or months — we’ve just organized ourselves to do the analysis much more quickly, and then rigorously assess the results,” he said.

“While we found a strong climate influence in the Paris floods, we were also very honest that in Germany, our analysis was inconclusive. In a study in Brazil last year, we found no evidence that climate change had influenced the drought,” van Aalst said.

Flooding results from a combination of heavy rains plus the built environment, including structures that can worsen such floods. The researchers sought to get around this complicating factor by focusing on changes in extreme rainfall amounts, which is how global warming may tip the scale in favor of more flooding events.

A scientific paper on the results will be submitted to a scientific journal, according to the research team.